In 1989, Eric Brand took over the operation of P & L Landscaping from his brother, Lee, and his friend, Pete with 6 lawns to mow, he set out to build a landscaping company based on outstanding customer service and quality workmanship. Under Eric’s direction and vision, P & L Landscaping, LLC has grown to serve customers throughout southern New Hampshire. In 2008, P & L Landscaping expanded into its new Material Center location in Merrimack, NH, now with over 30 members in the P & L Landscaping team.

A graduate of Nashua High School, Eric has completed college and certification training courses in a broad range of landscape design and business management areas. These include:

Eric is an active member of The Greater Manchester/Nashua Area Home Builders & Remodelers Association (GMNHBRA) and the Nashua and Merrimack Chambers of Commerce. He is a past president of the Merrimack Chamber of Commerce and sat on numerous committees.

Eric is a 2012 graduate of the Leadership Series from the NH Institute on Disabilities. Also in 2012, Eric participated in The Greater Nashua Chamber of Commerce “Leadership of Greater Nashua” training and was the project leader of the Legacy Playground Project, which opened in 2016.

A busy year in 2012, Eric worked with the Merrimack Chamber of Commerce and The professional firefighters of Merrimack to collect supplies for those effected by Hurricane Sandy. Eric drove to NYC on two occasions bringing over 20,000 LBS of supplies in total to those in need.

Eric completed the Volunteer Advocacy training program through PIC (Parent Information Center), during the fall of 2012. Eric and his family donate their time and support to numerous local non-profits. Eric is a father of three. He currently enjoys running, completing (7) ½ marathons, along with many other road race and obstacle challenges, including finishing the Spartan Race Tri-Fecta in 2017. Eric is currently working on hiking the 48 4,000’ mountains in NH, completing 23 of them to date with his youngest son. 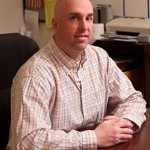 Jay Monahan is the General Manager of P&L Landscaping LLC., and has been with the company since 1991. He spent the first 10 years out in the field learning the industry and the business. Once the company grew to a size that required an additional Account Manager, Jay was promoted into an office role.  Jay currently oversees all the day to day operations as well as managing all of his accounts.

Jay grew up in the Nashua NH area and currently lives in Merrimack NH with his Wife and daughter. Jay graduated from Nashua High South in 1991, as well as completed college courses in Small Business Management. He is an avid New England sports fan. When he is not on the golf course, Jay enjoys spending time with his family, friends and his dog Tuukka.

Bill joined the P & L Landscaping team in late 2017.  In his role as Office Manager he works on nearly all day-to-day aspects of our fast-growing company.

Bill has over 25 years of experience in the finance and accounting area.  Previously, Bill has worked for Bellemore Heating Oil and Chappell Tractor, both of which won Small Business of the Year for the Greater Nashua Chamber of Commerce, making P&L Landscaping his third company to win such an honor.

Bill grew up in Woonsocket, RI and graduated from Woonsocket High School where he played both baseball and basketball.  He obtained his BS in Economics from SNHU, where he played baseball, and earned his MBA, with a concentration in Accounting, also from SNHU. He resides in Manchester and enjoys golf, darts, pool, and cards. He is an avid New England sports fan, enjoys spending time with his two sons, and has a great love for animals.

Amanda joined the P & L Landscaping team in early 2019 as our Materials Manager. She has over 10 years of experience in administrative management roles and has spent the last two years fine tuning her skills in the construction industry.

While she is new to our company, Amanda has already proven her value to our team. She believes that the true success of any business starts and ends with effective communication. Our relationships with our team, customers and vendors are of the utmost importance to her. She strives each day to ensure she has done all that she can to enable all of these facets of our business to be well taken care of.

Amanda grew up in the Nashua area and graduated from Nashua High School South in 2007.  She later attended Rivier University. Amanda lives in Nashua with her husband, Keith and two sons, Oliver and Samuel. She enjoys spending her free time with her family and friends, painting, reading and is an avid Patriots fan.

We are open for material pickup and delivery. Click Here for our Response to Covid-19. Dismiss